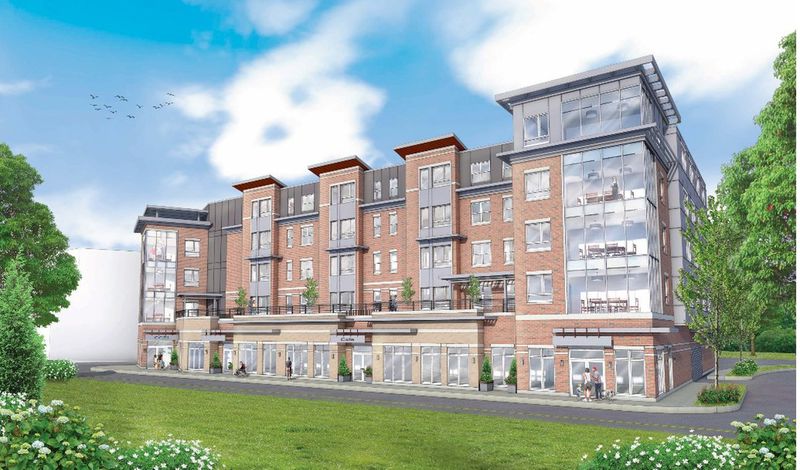 An affordable housing development catering to local workers and adults with intellectual and developmental disabilities is one step closer to reality in Highwood after the Illinois General Assembly recently passed legislation to assist with funding the project.

The Collaborative Community Housing Initiative, a Highwood-based nonprofit organization that “is helping to facilitate creating inclusive and diverse communities in Illinois,” according to its website, is working with officials on a planned five-story, 40-unit apartment building.

The legislation amends a state statute related to tax increment financing allocations for redevelopments. The latest version of the omnibus bill was supported by state Rep. Bob Morgan, D-Deerfield, and state Sen. Julie Morrison, D-Deerfield, and passed the General Assembly Jan. 13. It was sent earlier this month to the governor’s office and is now awaiting his signature.

“That [legislation] makes the CCHI development possible,” Morgan said, referring to House Bill 570 which extends an existing TIF from 2025 to 2037.

“If the TIF expired, they would not receive the financing they needed. It takes a longer runway to pay off the cost of a new project. This project would not have happened if we had not passed the TIF extension.”

Morrison also supports the legislation and the development.

“Affordable housing for community members with disabilities has long been a priority for me,” Morrison told Pioneer Press in an email. “The TIF extension, approved by all taxing bodies in the TIF district, will support this new housing development. The family members, advocates and city officials in Highwood have a wonderful opportunity to demonstrate how a community can welcome and thoughtfully integrate persons with disabilities.”

Highwood City Manager Scott Coren said he has worked closely on the project with both legislators and with CCHI and is ready to move forward. He said having the TIF extension – through the legislation – will “allow us to leverage private investment to improve formerly vacant and blighted properties.”

“Without the TIF extension, there would not be a direct way to finance the entire cost of the project,” Coren said. “The CCHI development will allow us to continue to develop property in Highwood and expand housing options.”

Additional funding sources are also expected to help pay for the project.

Once Highwood acquires the TIF money, Laurie Williams said, land will be allocated to CCHI. She explained that an exact address for the planned development has not yet been determined.

Additionally, in a news release announcing passage of the bill, Morgan said the affordable housing project would benefit families across the North Shore, from Evanston to Lake Bluff, and west to Buffalo Grove.

“This project will not only improve lives in my district but will change the lives of many people in one of our most vulnerable communities on the North Shore,” he said in the release.

CCHI partnered with Full Circle Communities as the developer for the project. Laurie Williams said final approvals and permits, including from the Highwood City Council, will be necessary before the project breaks ground in 2022.

Design plans for the new 60,000 square feet development include 40 residences, with a mix of one-, two- and three-bedroom units. Plans call for the multi-unit building to have communal social space on the first floor with a TV viewing area, work stations, fitness room and green spaces, according to Williams and information provided by the developer.

Although 40% of the units in the development is intended to serve adults with intellectual disabilities, the other 60% is expected to be available to people employed in the community – including teachers, social workers, hospital staff, firefighters and police – who fall into the average median income of $85,000 and want to live near where they work, officials explained.

Units will include universal design and will be sensitive to sensory, mobility, sound and aging in place needs, Williams said. Rents will vary based on income and unit size.

Williams said 25 of the 50 CCHI families from throughout the north and northwest suburbs who have young adults with disabilities have already expressed interest in this property which is why CCHI is discussing a second building to address need.

Her 26-year-old son is also looking forward to housing like this.

Laurie Williams wants the same for her son, who was born with Fragile X syndrome, an intellectual disability caused by a broken X chromosome.

Laurie Williams said she has received over 50 letters of support for the project from the community.

“When we originally started our organization and started meeting with different communities around here about our project, not all communities were always welcome,” she said. “It’s the [term] ‘affordable housing’ and there’s some stigma attached to it.”

She hopes to change the conversation and narrative about what affordable housing means.

“This is not affordable housing like that,” Williams said. “These are typical people who are making 80% of the average median income or people with disabilities who can’t make that much money.”

“With this particular model, he is not segregated from his community,” she said about her son. “For him to be able to live in a community that loves him and supports him, makes me incredibly happy as a parent.”