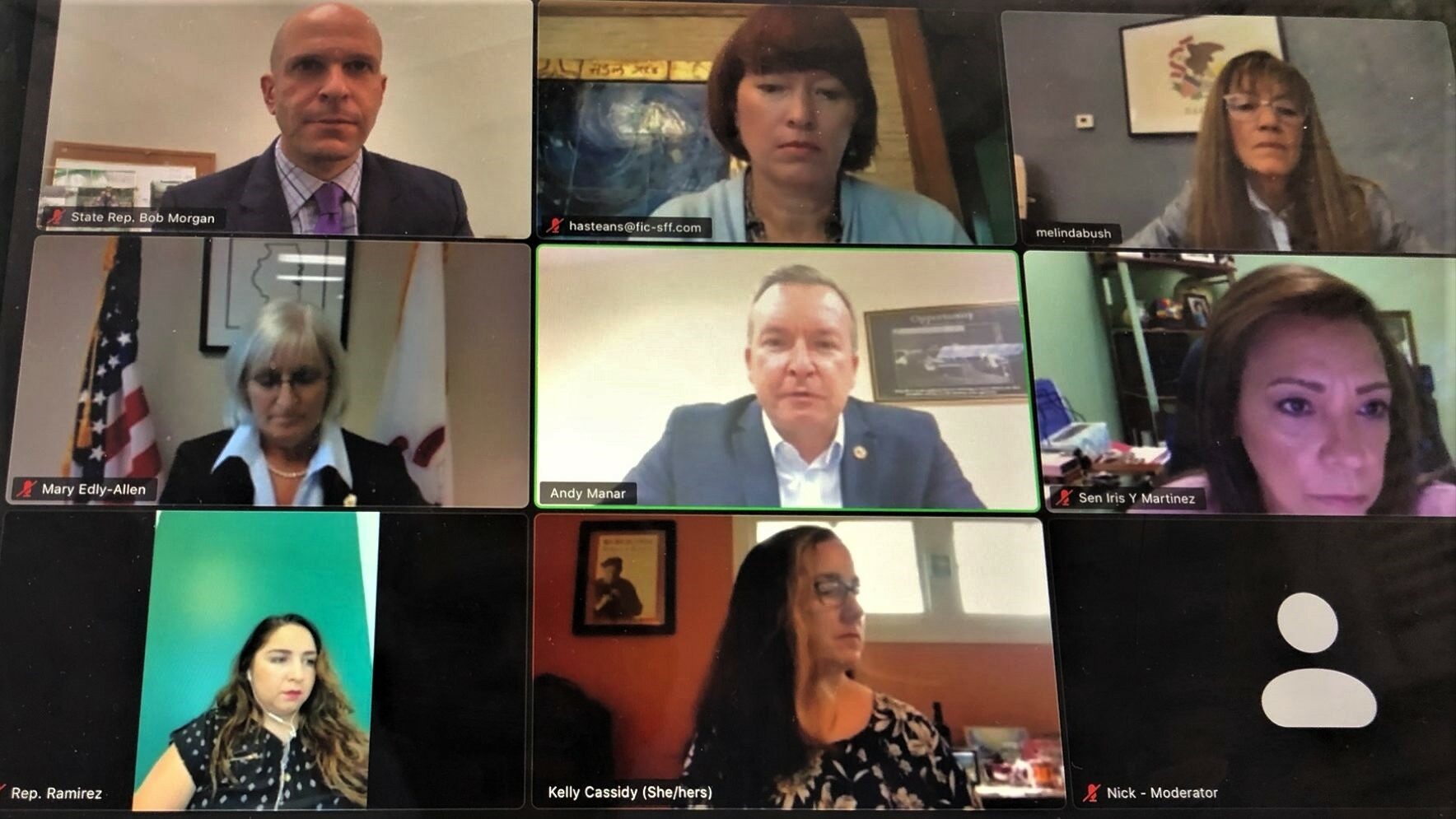 FOR IMMEDIATE RELEASE– In the wake of the numerous, ongoing federal investigations involving bribery, influence peddling and insider-trading impacting state government officials and lobbyists, a broad coalition of lawmakers gathered today to announce their support for nine specific ethics reform measures that they believe could receive bi-partisan support in the upcoming veto session.

Democratic lawmakers from both the Illinois House of Representatives and Illinois Senate say their proposals would dramatically increase transparency and take meaningful strides toward restoring public trust in state government. Specifically, lawmakers point to nine steps that relate directly to the activities of lobbyists, legislators, and General Assembly leadership:

1. Prohibit legislator-lobbyists
2. Stop the legislator-lobbyist revolving door
3. Better define who is a lobbyist
4. Fuller disclosure of outside income
5. Establish an official censure process
6. Measures to strengthen the office of Legislative Inspector General
7. End the exemption for General Assembly employees from the Human Rights Act
8. Establish term-limits for Legislative leaders
9. Establish a process for removal of leaders and committee chairs

“These nine steps without a doubt will bring a greater level of transparency to the business that is done in Springfield and it is important that legislators work together to get them passed,” said Senator Heather Steans (D-Chicago). “Enacting meaningful ethics reform has been elusive and given the magnitude of the ongoing investigations it is imperative that we act in the upcoming veto session.”

“The time has come to change the culture in Springfield and we believe these proposals will be a major step forward in that effort,” said Representative Kelly Cassidy (D-Chicago). “Our system is broken and we need to fix it and I’m proud my colleagues have come together to demand change.”

“These recent events are a stark reminder that action must be taken. Rooting out corruption and corrupt activities is not just necessary to restore trust in government – it’s a moral imperative,” said Senator Melinda Bush (D-Grayslake). “Illinoisans place their trust in us and they deserve nothing less than a General Assembly that stands firm and passes meaningful ethics reform.”

Recognizing the need for serious ethics reform, the General Assembly and Governor JB Pritzker created the Joint Commission on Ethics and Lobbying Reform, consisting of 16 members appointed by the Governor, the four legislative leaders, the Attorney General, and the Secretary of State. The Commission was charged with holding hearings and issuing a report and recommendations by March 31, 2020. Although hearings began early this year, the COVID-19 pandemic has delayed the commission’s work and final report.

“We appreciate the ongoing work of the Commission and it is our hope that this set of proposals would be part of the final report”, said State Senator Andy Manar (D-Bunker Hill). “The time has come for the General Assembly to take action and we believe this set of reasonable proposals would receive broad bi-partisan support from our colleagues and show the taxpayers of Illinois we are serious about reforming our state government.”

The following lawmakers support the nine proposals as part of a legislative package: