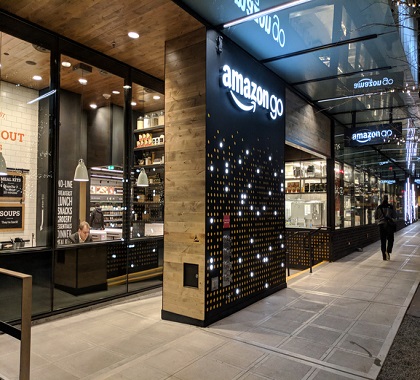 Lawmakers in the Illinois General Assembly recently introduced HB 4138, which would create the Phase Out Corporate Giveaways Interstate Compact. This compact would serve as an agreement between member states to refrain from participating in the practice of corporate subsidies. Corporate subsides manifest in the form of tax incentives or grants, in an attempt to attract businesses.

Typically, these subsidies are handed out for the purpose of creating jobs, hosting manufacturing facilities, building development offices, as well as the relocation of headquarter offices. The Phase Out Corporate Giveaways Interstate Compact holds that any state and the District of Columbia may become a member of this compact by passing the compact through their legislature. The overall goal of this compact is to reduce corporate welfare.

Corporate giveaways have been around for generations. Whenever corporate subsidies are pitched to voters by those lobbying for them, they are presented as a net benefit to the community. All too often, politicians offering these subsidies claim they will stimulate the economy and create jobs.

The most recent example of this occurred with the bidding war for Amazon’s “HQ2.” In this instance, Amazon revealed intentions to build a secondary headquarters and engaged several cities to compete for the coveted opportunity. Amazon planned to build its HQ2 in the city that offered the most tax incentives and grants.

According to Market Watch, even before the announcement of the HQ2 site, Amazon had already received $1.61 billion in subsidies from states and municipalities. This figure skyrocketed after Amazon chose New York for its HQ2, which came with a price tag of $3.4 billion. After prominent New York lawmakers, including Rep. Alexandria Ocasio-Cortez (D-NY) criticized the tax breaks, Amazon reversed course and decided to build its HQ2 in Virginia.

There have long been calls for states to ban together and end the corrupt practice of corporate subsidies. Legislation similar to that proposed in Illinois was introduced recently in Florida, Hawaii, Maryland, New Hampshire, New York, and West Virginia. In 2012 the Cato Institute issued a report estimating that the government spends $100 billion on corporate subsidies.

According to the Illinois bill, “governments should attract and retain companies based on general conditions (including, but not limited to, modern infrastructure, an educated workforce, a clean environment, and a favorable tax and regulatory climate) that are not based on a specific grant for a particular company.”

The full text of House Bill 4138, as cited in the 101st General Assembly for the state of Illinois.

An Interstate Compact to Phase Out Company Giveaways

Michael D. Farren, research fellow for the Mercatus Center, testified before the Maryland General Assembly, House Ways and Means Committee on the significance of interstate compacts to phase out corporate subsidies.

In this MarketWatch article, Jacob Passy details the specifics of Amazon’s “HQ2” and the effects it had on New York.

Corporate Welfare Lives on and On

This commentary by Doug Bandow, senior fellow at the Cato Institute, details the history of corporate subsidies and the deleterious effect they have on the national economy.

In this “Cato Institute Corporate Welfare Update,” featured in their Tax & Budget Bulletin, Chris Edwards and Tad DeHaven analyze corporate sectors across several sectors of the U.S. economy. According to their research, the agriculture sector is the largest recipient of corporate welfare.

Part of the Cato Handbook for Policymakers, this outlines that Congress should end direct subsidies for businesses, and includes numerous studies from research fellows at the Cato Institute containing figures that portray the extensive spending on corporate subsidies.