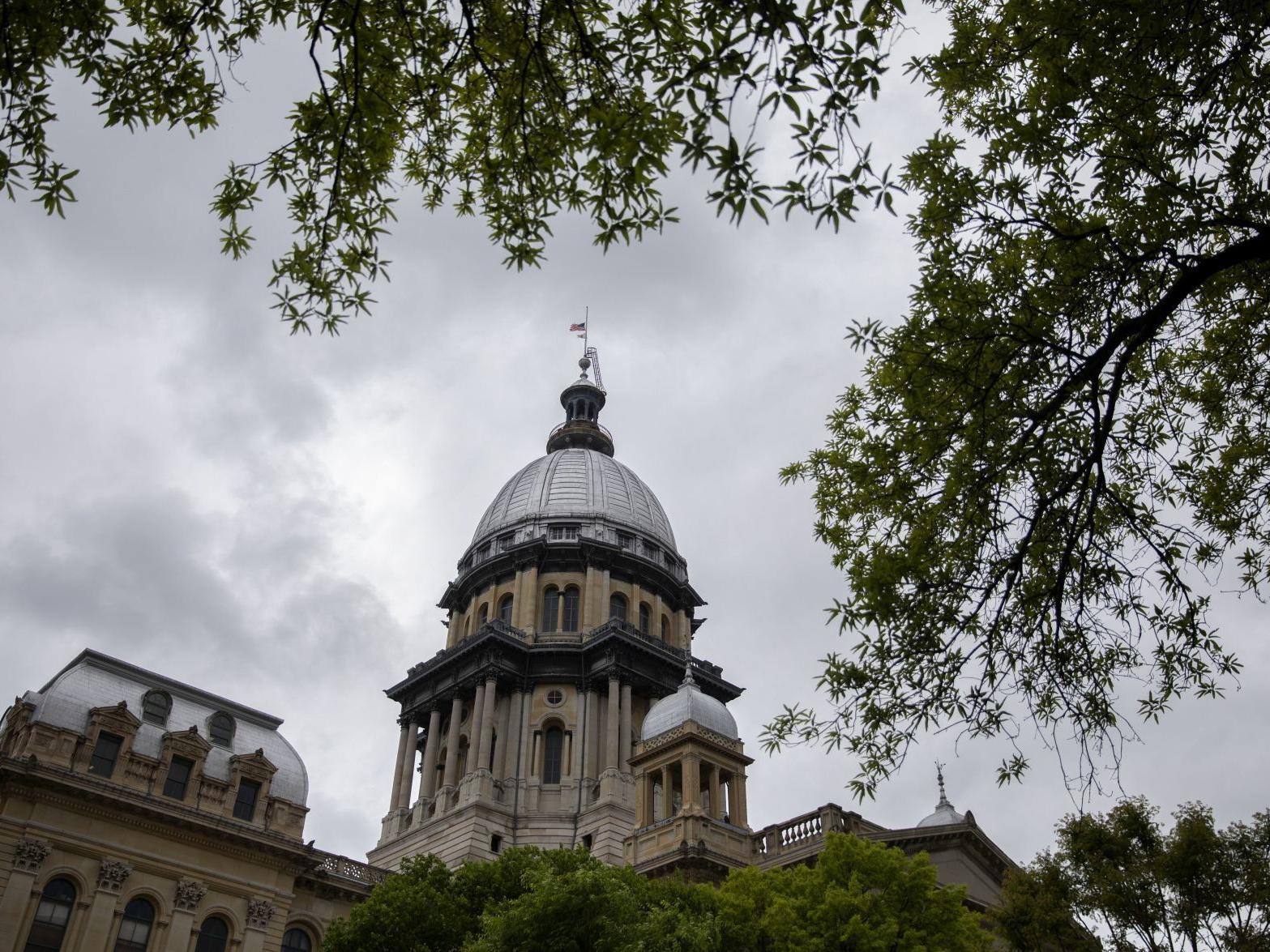 A number of the nine initiatives proposed by the Democrats echo reforms called for by Republicans in recent months. Lawmakers should not lobby officials at any level of government or be allowed to jump into lobbying immediately after leaving office, both parties agree.

They are also in favor of establishing term limits for leadership positions. The Senate has such a provision in its rules, but the House does not.

These “nine steps to restoring trust in Illinois government,” Democratic legislators said, can be tackled in the November veto session when the chambers are scheduled to convene in Springfield. Republicans, though, requested Gov. J.B. Pritzker call a special session before then.

During the news conference, it was not yet reported that Sen. Terry Link, D-Indian Creek, had been charged with tax fraud Thursday.

Almost all of the 10 participants said their list of lobbying, legislative and leadership proposals was not a reaction to recent controversy surrounding Madigan.

The Chicago Democrat was implicated in a federal investigation charging utility giant Commonwealth Edison with one count of bribery. Madigan was also named in a potential class action lawsuit arguing the speaker and utility company should pay “at least” $450 million to almost 4 million Illinoisans affected by the alleged extortion scandal.

“This isn’t about one person in the state of Illinois. This is about the General Assembly,” Sen. Melinda Bush, a Democrat from Grayslake, said. “This is about adopting ethics changes that will really address what has been a systemic culture…and the belief that we must stand up today and make it clear that we are here to address those issues and move forward.”

Freshman Rep. Mary Edly-Allen, from Libertyville, added when reporters asked whether the coalition’s proposed initiatives are responding to the recent federal actions entangling Madigan, “it just takes the air out of this balloon that we are trying to blow up.”

“If he were gone, we still have systemic changes that need to happen in the environment in Springfield,” she added. “I’m sorry if I sound really frustrated and angry, because I am. It’s much bigger than that.”

Rep. Kelly Cassidy, a Democrat from Chicago, said ethics legislation is a major issue, along with calls for police reform made by members of the Black and Latino Causes.

“We’re facing a lot of crises on multiple fronts. The General Assembly needs to prove to the citizens of Illinois that we can walk and chew gum at the same time and make historic and significant ethics reform a reality,” Rep. Yoni Pizer, of Chicago, said. “…These nine measures outlined in this proposal represent a major step forward in that direction.”

Last year, Republicans in both chambers introduced bills addressing many of the same structural changes Democrats are now urging. They asked to vote on several of those measures during the abridged session in May.

When asked why this is the right moment to call for such reforms, Cassidy said she and her colleagues worked over the years on these ideas to fix ethical problems experienced by all four caucuses. If recent events are encouraging a bipartisan, bicameral group of lawmakers to focus on these measures, “the better” the outcome will be.

Rep. Bob Morgan, a freshman lawmaker from Deerfield, added Democrats “are not recreating the wheel” or “being overly dramatic.” Instead, they are looking to make rule changes most other states already implemented.

Many of the proposals announced Thursday were considered by the Joint Commission on Ethics and Lobbying Reform, the Democratic members of the panel said in an emailed statement.

That group is tasked with completing a report recommending legislation to make the same fixes the coalition of lawmakers said they wanted. It missed the March 31 deadline due to the novel coronavirus pandemic and it is unclear when the document will be presented to the General Assembly.

In its statement, the commission’s Democratic members added it can only “come up with ideas and suggestions,” not “file legislation.” The ideas shared Thursday are not yet formal legislative proposals.