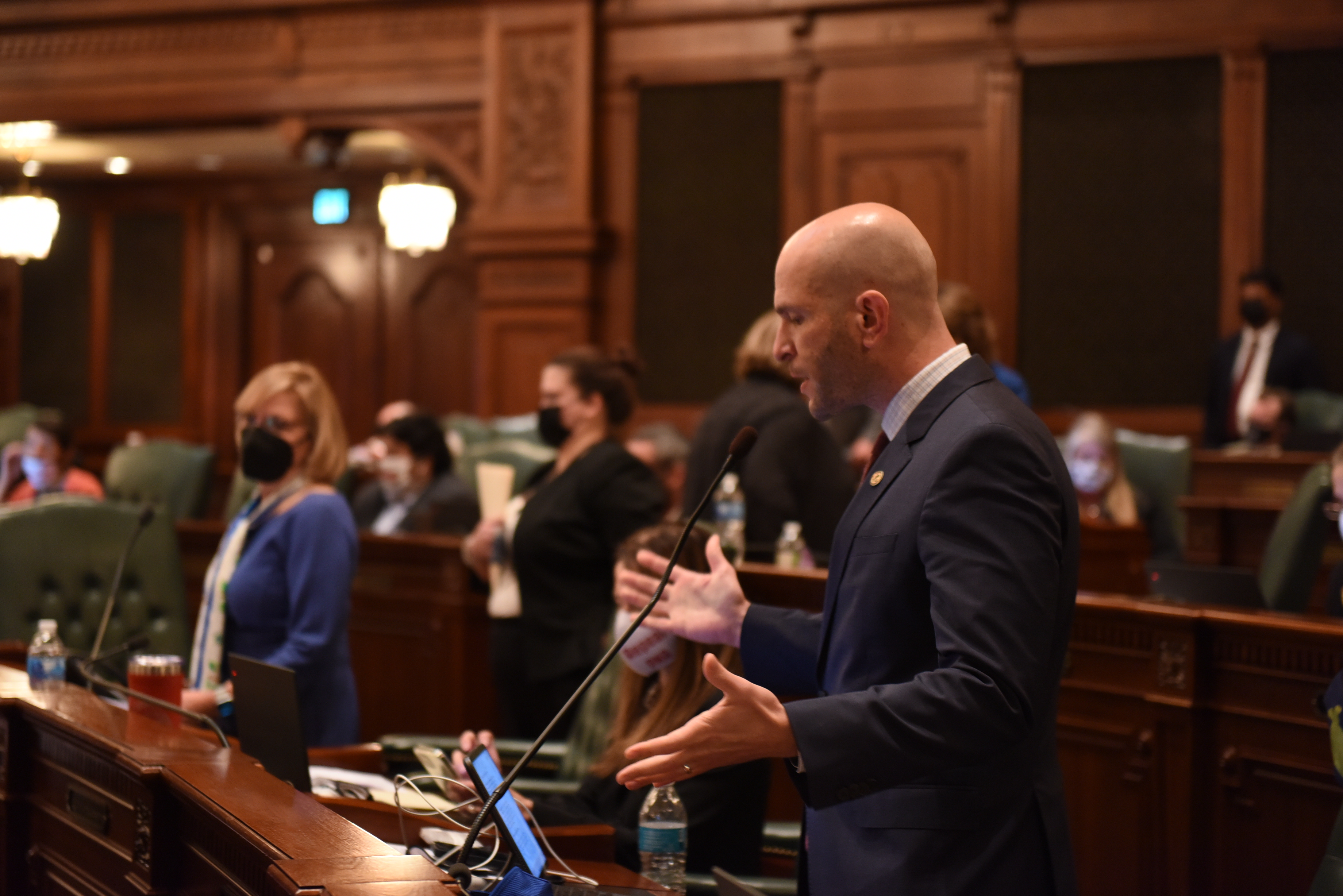 SPRINGFIELD, Ill. (Gray TV) – Democrats are one step closer to changing the Illinois Health Care Right of Conscience Act. House Democrats passed a proposal to clarify a portion of the law on a 64-52-2 vote late Wednesday night.

The vote came after nearly an hour and a half of debate.

Democrats said the 1998 law was never meant to be used during a pandemic. In fact, the current legislation passed to help medical providers who decided to not perform certain procedures if it was against their conscience.

Although, many Republicans argued Democrats are taking away a personal decision and creating a government mandate.

A growing number of people have used the law as a way to get out of the recent COVID-19 vaccine mandates for teachers and certain state employees. Gov. JB Pritzker and many Democrats believe people have misinterpreted the law in order to file lawsuits against the administration.

Sponsors of Senate Bill 1169 say this is only a clarification of the Health Care Right of Conscience Act. Rep. Robyn Gabel (D-Evanston) said this amendment clarifies public officials and private companies can impose COVID-19 mandates as part of someone’s employment.

Sponsors of Senate Bill 1169 say this is only a clarification of the Health Care Right of Conscience Act. Rep. Robyn Gabel (D-Evanston) said this amendment clarifies public officials and private companies can impose COVID-19 mandates as part of someone’s employment.

If this plan passes out of the Senate and gets approval from Pritzker, the legislation goes into effect on June 1, 2022. Although, many people can assume this would be used to squash ongoing legal battles against vaccine and testing mandates.

“This is a Trojan horse,” said Rep. Steven Reick (R-Woodstock).

“You can let an employer or any person employed by any unit of government in the state of Illinois force a person to do things, even things your doctor thinks are medically contraindicated, wrong or harmful. Tonight, your yes vote means you denied them a remedial claim,” Mazzochi said. “They get nothing in a court of law. That is contrary to the legislative intent of our Right of Conscience Act.”

Rep. Bob Morgan (D-Deerfield) said the current law has been “bastardized by a few rural courts.” He noted those decisions jeopardized efforts to keep people safe in Illinois.

“It would be laughable if it were not so real,” Morgan said. “The majority will not stand idly by while that happens.”

The Senate will likely vote on the proposal on Thursday.