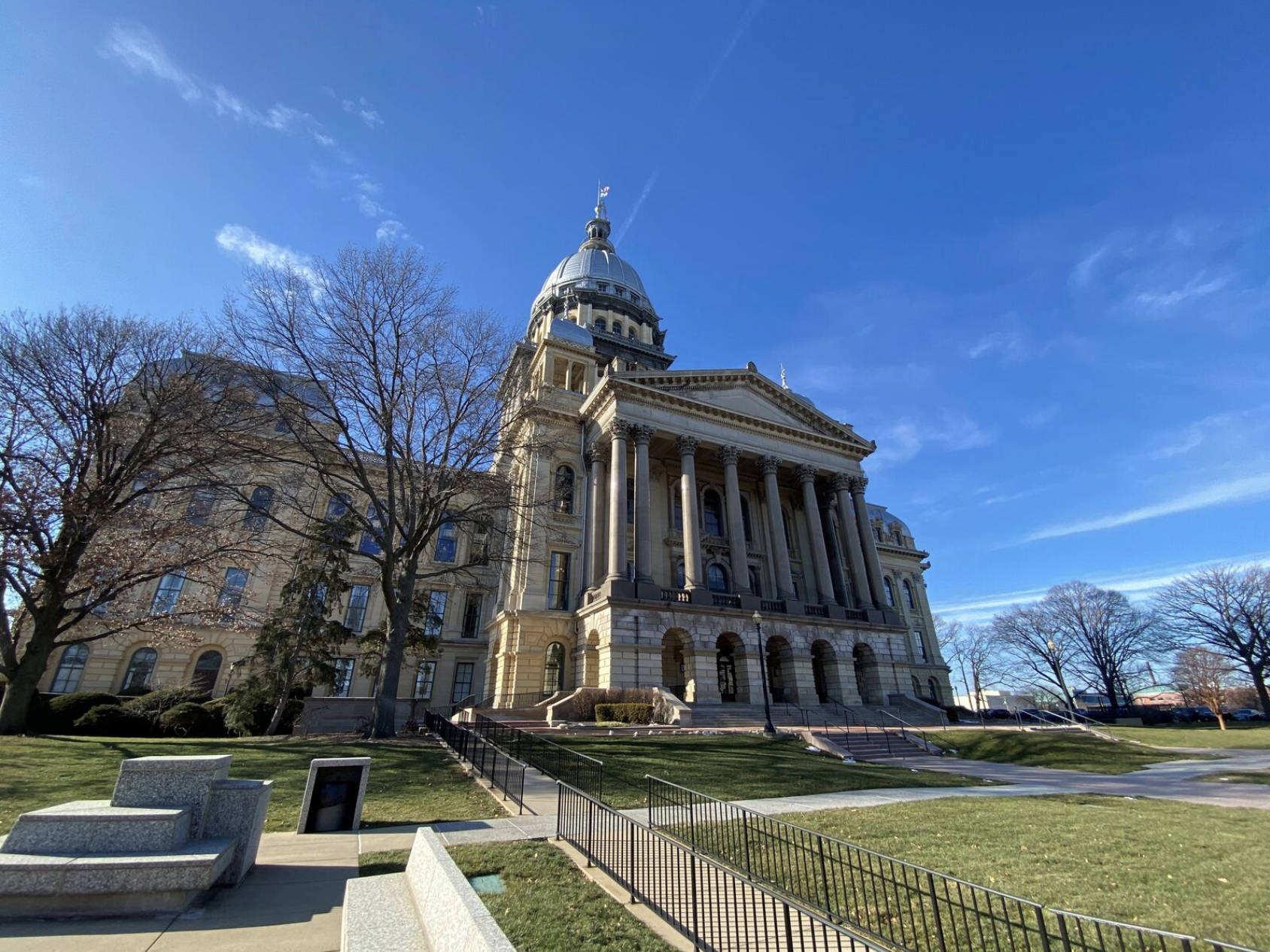 SPRINGFIELD, Ill. (WICS/WRSP) — There was plenty of fiery debate and discussion on the floor of the Illinois House of Representatives on Tuesday, Jan. 12.

Lawmakers from both sides of the aisle delivered passionate speeches about the insurrection at the U.S. Capitol last week.

“I am furious that a member of the Illinois Congressional Delegation thought it was appropriate to quote Adolf Hitler at a political rally,” Rep. Bob Morgan, D-Highwood, said. “I’m furious that anyone ever thought that would be OK.”

Morgan was speaking in reference to U.S. Rep. Mary Miller, who made the remark at a rally in Washington D.C. prior to the riots.“Hitler was right on one thing. He said, ‘Whoever has the youth has the future.’ Our children are being propagandized,” Miller said.

“I don’t care if you’re Republican or Democrat or Libertarian or Independent, something is wrong, man,” Rep. Tim Butler, R-Springfield, said. “Something is really wrong.”

“And so, when it comes your turn to think about what your vote will be on this matter, you think about the lynch ropes they hung on the Capitol,” Ammons said. “They don’t intend to have a conversation with us.”

There was also major news Tuesday in the race for House Speaker. The Legislative Black Caucus announced their endorsement for Rep. Emanuel “Chris” Welch, D-Westchester, to become the next Speaker.

In a statement, Welch said:

“I am honored to be called upon my colleagues from the Illinois Legislative Black Caucus to put my name in for consideration. This historic moment in Illinois and across the country calls for new representation and unity of Democratic beliefs.”

“Let me just be very clear,” Durkin said. “Mr. Welch and I did not work well together during the special investigation committee [into House Speaker Michael Madigan]. I consider Chris Welch an extension of Mike Madigan.”

Durkin says Welch should be disqualified from the race for protecting Madigan during investigative hearings last fall, which Welch chaired.

On Tuesday evening, Rep. Stephanie Kifowit, D-Oswego announced she was dropping out of the race.

Rep. Ann Williams, D-Chicago, announced her withdrawal from the race, as well.

The Illinois Senate was severely delayed on Tuesday after originally being scheduled to convene as a unit in the Senate Chambers at noon.

The Senate got together around 1 p.m. Tuesday and then quickly caucused, splitting into their individual parties.

They were supposed to reconvene at around 4 p.m. but they ended up caucusing for many hours and not reconvening on the Senate floor for action until about 7:30 p.m.

Once they reconvened, the action was fact and furious.

They passed a lot of legislation on Tuesday evening, with one of the biggest talkers being legislation that would limit the use of seclusion, isolation, or bondage punishments on children in schools.

Sen. Ann Gillespie, D-Arlington Heights, said these punishments are unnecessary and should not be used very often.

“This legislation is very important to protect our students in schools and protect those who are the most vulnerable and I urge your yes vote,” Gillespie said.

The bill ended up passing unanimously 58-0 and will move on to the House for concurrence.

There was a massive discussion in the Senate Chambers for a bill that would change up election law.

Bill sponsor Sen. Julie Morrison, D- Highwood, said the bill would make voting more accessible and easier, but many Republicans reigned fire down upon the bill, saying it would make fraud easier, too.

“Simply, it gives clerks the opportunity if they so choose to provide drop boxes, making it easier for people to return them,” Morrison said.

The bill passed 40-18, which is not a coincidence, seeing as that there are 40 Democrats and 18 Republicans in the Senate.

The big-ticket item on the docket is the police reform bill submitted by the Legislative Black Caucus.

However, many believe that it will before the end of lame duck session on Wednesday morning.

Anything the General Assembly wants to get done has to be done by noon on Wednesday.

This is when the 102nd General Assembly is sworn in.