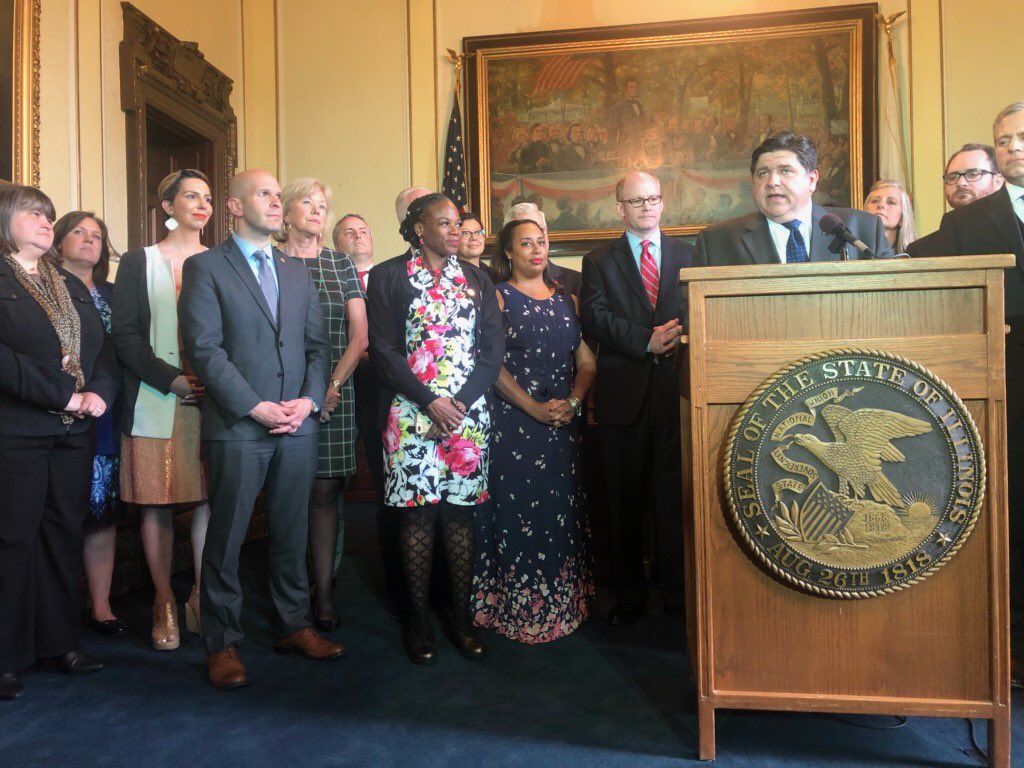 Morgan Votes to put Fair Tax Amendment on 2020 ballot
Voters will have their voice heard in the November 2020 Election. Morgan backs $1 Billion in property tax relief, if voters approve amendment.

SPRINGFIELD, IL- Today, State Representative Bob Morgan voted in favor of Senate Joint Resolution Constitutional Amendment 1 (SJRCA 1). SJRCA 1 will give voters the choice of supporting or rejecting a change to the Illinois constitution that will end Illinois’s regressive, flat tax system. The amendment will require approval from 60 percent of voters to become law.

A number of proposals would change rate structures, address property taxes, and more. While those proposals are still being discussed, Morgan decided voters should have a voice in the debate on Illinois’ regressive, flat tax system.

Throughout his campaign and in his first four months in office, Representative Morgan heard from countless constituents facing the burden of Illinois’ unsustainable reliance on property taxes to fund essential services.

In keeping his promise to only support a Fair Tax that delivered structural property tax relief, Rep. Morgan is a chief sponsor of HB 3845, a proposal that will create the Illinois Property Tax Rebate Fund, if the fair tax amendment is approved. The fund will target an initial allocation of $400 million in 2021. An allocation of that amount will provide an estimated $200 in property tax relief for every Illinois resident with a Homestead exemption. Plans include growing the fund to $1 billion by 2023. You can read more here.

“We can give the people the choice to vote on making our income tax structure fair and in line with the majority of states and the federal government. We have an opportunity to better fund schools, social services and infrastructure while lowering the property tax burden on homeowners and giving the vast majority of Illinoisans a tax break.” Morgan said.

Under Illinois’ current income tax structure, all Illinois residents are taxed at a rate of 4.95% regardless of income level.

“Illinois has relied on a system where the wealthiest and poorest residents in our state pay the same rate on income taxes and that cannot continue,” Representative Bob Morgan said. “As our economy becomes more unequal and the American dream seems out of reach for so many, we have to re-balance our system and this measure gives voters the choice to do that next fall,” he concluded.