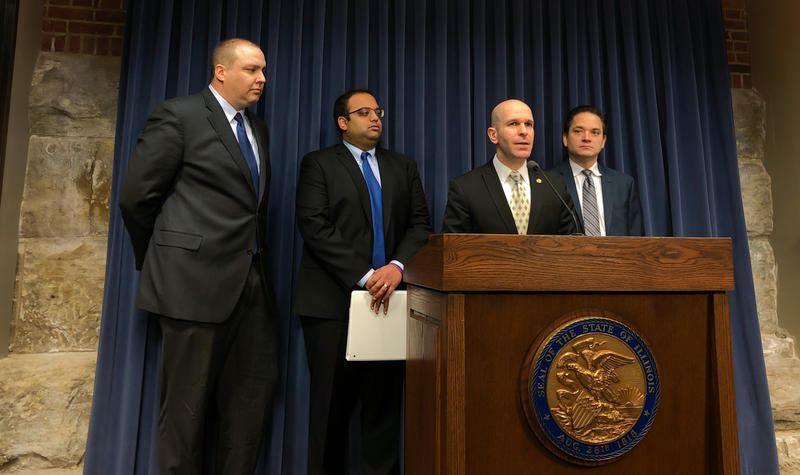 A pair of Illinois lawmakers are taking on the practice of offering tax breaks to lure companies from other states.

Dan Johnson, with the lobbying firm Progressive Public Affairs, said it should help state governments to stop competing over who can hand out the most lucrative tax breaks to big business.

“Even the most aggressive states that do this, you know, no one seems excited about it. Everyone says, ‘We have to, we don’t like to, but that’s the game,’” Johnson said.

The idea has support across the political spectrum, including from the conservative anti-tax group Americans for Prosperity.

“There’s finally an opportunity to have a place for states to escape the prisoner’s dilemma and have a mechanism to discuss, ‘Shouldn’t data centers have a level playing field? Shouldn’t they pick it based on the fundamentals of the state?’” Johnson asked.

Backers said similar legislation has been introduced in at least half-a-dozen other states this year, including Missouri, Iowa, Florida and New York.

The legislation would also lay the groundwork for more changes in the years ahead. Supporters said ending what they call “corporate welfare” could take a decade.