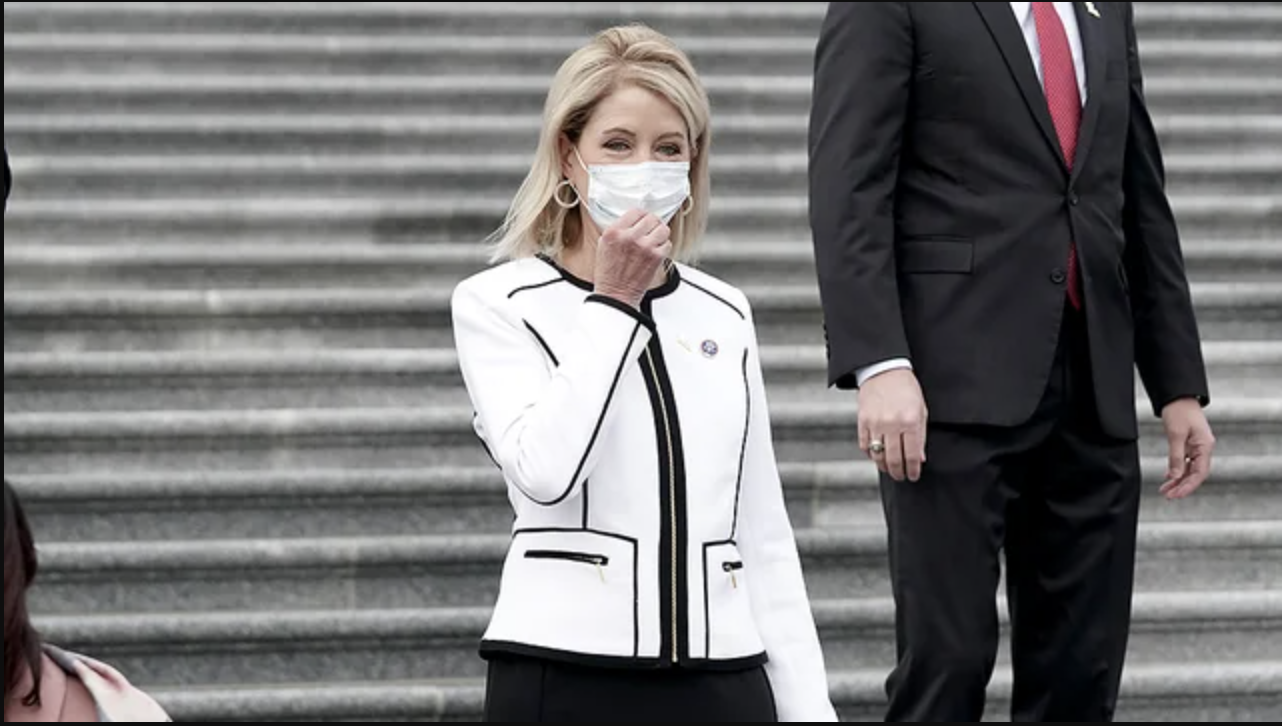 The husband of a Republican Illinois lawmaker is denying having ties to a right-wing militia group, after his truck was seen with a decal promoting the organization near the Capitol grounds on the day of the deadly riot at the building.

Chris Miller, a Republican member of the Illinois General assembly who is married to U.S. Rep. Mary Miller (R-Ill.), had a decal of the Three Percenters group displayed on his truck that was parked at the East Front of the Capitol on Jan. 6, according to multiple reports. The truck was seen in photos that spread on social media last week.

A pro-Trump mob breached the Capitol building on Jan. 6 in an effort to interrupt Congress’s certification of the 2020 Electoral College results.

Miller has said that he did not know what the logo meant and denied being involved with the group. In a statement to the Daily Beast, which first reported on a photo of Miller’s truck parked at the Capitol, the Republican state lawmaker said he was displaying a “cool” sticker given to him by an “Army friend.”

He later said in a statement from his office that the sticker was given to his son by a family friend who said that it was representative of “patriotism and love of country,” the Washington Post reported.

But, in a video posted to his Facebook page last year, the Three Percenters logo can be seen on a banner behind Miller at a rally in Springfield, Ill., ABC News noted. An Illinois group that helped organize the rally uses a logo featuring imagery from the Three Percenters, according to the outlet.

The Three Percenters is an anti-government militia group named after the inaccurate claim that only three percent of American colonists fought against the British during the revolutionary war.

The Hill has reached out to Miller’s office for comment.

The decal prompted immediate backlash from Illinois Democrats. The Illinois Democratic County Chairs’ Association has called for a state investigation into Miller following reports of the logo on his truck.

Illinois state Rep. Bob Morgan (D) tweeted last week calling Miller’s display of the logo on his truck “garbage and disqualifying for a member of the IL General Assembly.”

Mary Miller faced backlash last month after she said that that Adolf “Hitler was right” about the value of influencing a nation’s youth. The freshman lawmaker, who was elected in 2020, made the remark during a “Moms for America Saving the Republic” rally, which called for the 2020 presidential election to be overturned.

Miller later apologized for the comment, saying that “dark history should never be repeated and parents should be proactive to instill what is good, true, right and noble into their children’s hearts and minds.”